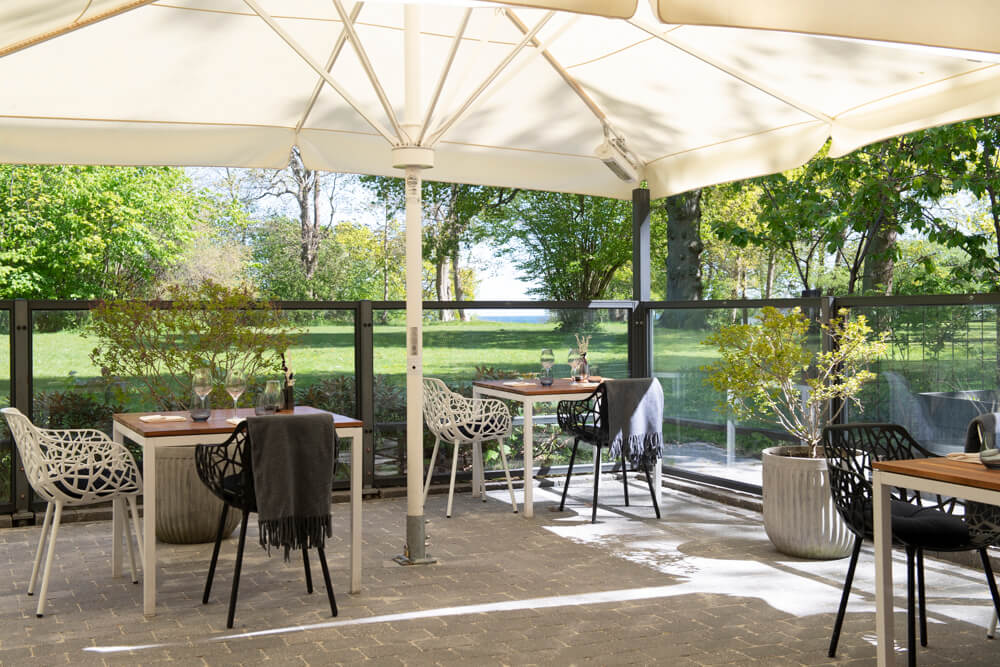 The story of Den Røde Cottages has its roots from Klampenborg sanatorium and bath, which was established in 1846. Gottlieb Bindesbøll, one of the great architects of his time, designed the cottage after German inspiration alongside several other cottages, sanatoriums, concert halls and buildings.

Most of the sanatorium was torn down in 1937 but Den Røde Cottages was saved and has since been preserved in 1978 by the Ministry of Culture. For many years the beautiful old building was used as a Ranger house until 1996 where it opened as a restaurant.